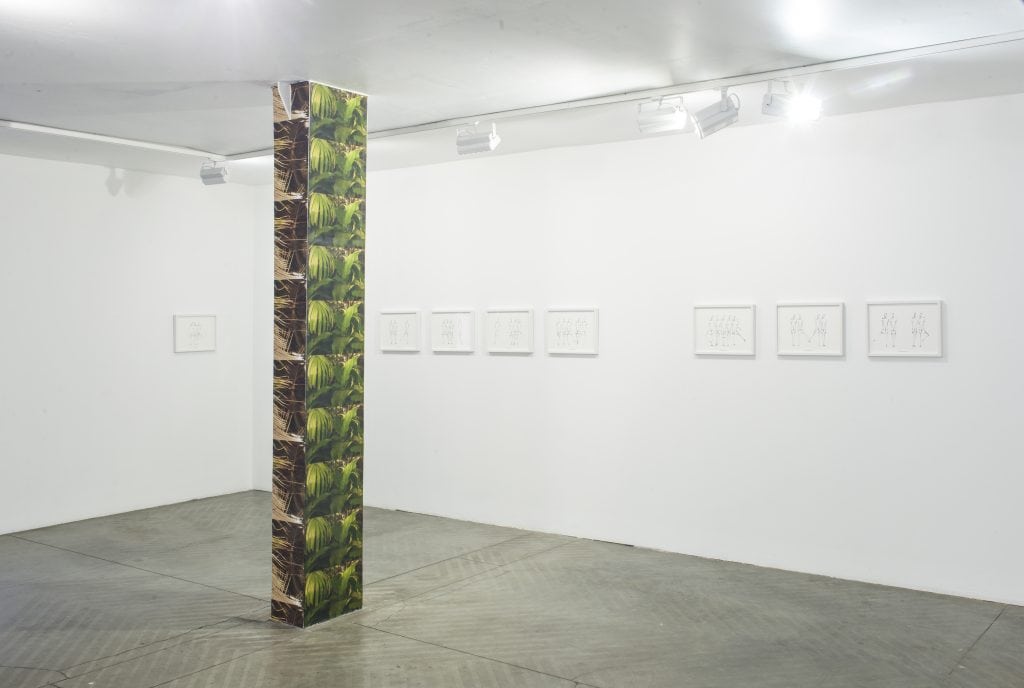 You perhaps will be surprised suddenly to receive a letter from the person who presumably for you has been dead for a long time and as good as forgotten, or forgotten and as good as dead. I dare not assume more surprise than that.

A great future behind me, I have always been what they call a hero on tiny feet. Flexible and yielding, difficulties holding my balance or walking in a straight line, capable only of the feeblest and gentlest of movements: a hundred or more pairs of shoes available to me – shiny leather, Cuban heels, most delicate ornaments; tasseled penny loafers, flesh-colored silky pointe shoes, monk straps, wingtip spectators, character shoes with clacking taps – but to walk, Alas! neither them nor I would or could. Thus here I stand, a change in plan, immobilized and content. I flourish in the shade. The only writing you will do is in the bottom right corner of this document, he insisted. So I hurried at once to town and sold my name to a local tailor. Ah, renouncing only ever begins in the kingdom of the nameless. Any man can feign secret dealings with some divinity or train a bird to speak in his ear. What kind of bird would speak into mine, and what would it betray? You must understand, in my current situation not many words are available to me. Or rather, I would not touch them with a barge pole. They are of as little use to me as I am to them. To describe the whole situation, then, would be hideously boring for all parties concerned. I do have one advantage, however. I can stop anywhere, just as I can clip at any time the thread I am myself spinning. Only this much I shall give away: If memory serves me well, all this is a prelude for something that is bound to happen, something of minor significance, a one, two, three, several steps with a count. Three cheers for tiny feet under the curtain – ah! to feel the breath of the public – ah! to be visibly hidden from their appetites. Three cheers for an empty stage, a void, an endless ‘if I wanted to’ – – three cheers, bravo, applause and encore!

Timothy Furey(1981), born in Cork, Ireland. Furey’s practice includes  painting, performance and film.  Has graduated from Staedelschule in Frankfurt (Prof. Michael Krebber). In 2010 commenced studies in prestigious The Cooper Union College of Art in New York, USA. Lives and works in in Frankfurt am Main, Germany. He is represented by Dold Projects, Sankt Georgen, Germany. Upcoming shows include: The Cage, Reisebüro Gallerie (Gallerie Nagel) Cologne, Germany curated by Mark Von Schlegell; I knOw yoU (group show at the Irish Musuem of Modern Art.) curated by Nikolaus Hirsch and Tobias Rehberger.

Birte Löschenkohl(1981) has received Phd in Philosophy from Goethe-University Frankfurt am Main and an MPhil in European Literature and Culture from the University of Cambridge.She is is currently Collegiate Assistant Professor and Harper-Schmidt Fellow at the University of Chicago.


The exhibition is accompanied with the text by curator Egija Inzule.