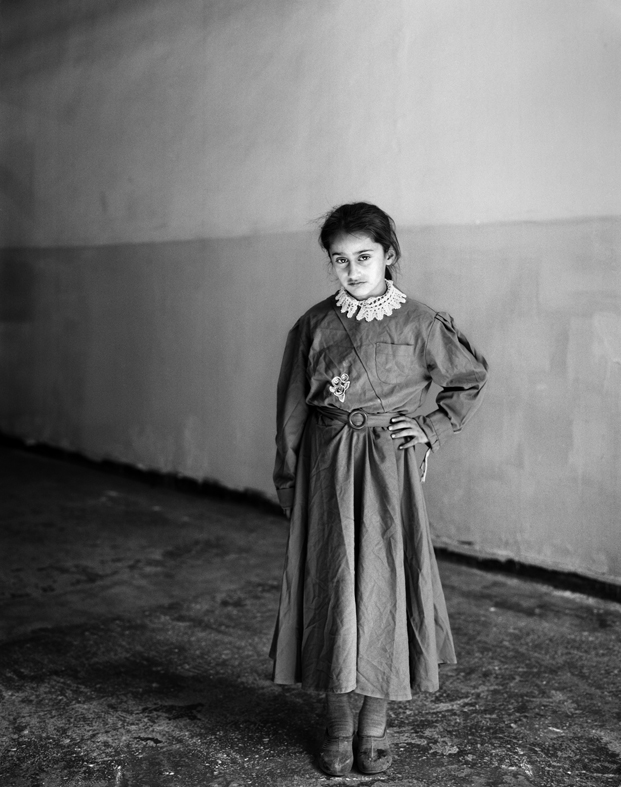 Everyone who was interested in documental photography had an opportunity to get acquainted with world famous photographers Vanessa Winship’s and George Georgiou’s work at a public lecture-presentation on 23 March 2010, at 19:00.

Vanessa Winship has worked as a photographer for the last 20 years. Her work focuses on the aspects of storytelling, history, and memory, she incorporates her own texts as part of the storytelling. Her personal projects have taken her throughout the Balkans, Turkey, and into the Caucasus. Vanessa has had a number of solo exhibitions throughout Europe and is the author of two photographic monographs, The Black Sea and Sweet Nothings. In 2003, she was noted at the Oscar Barnack competition for her Albanian Landscape project and received the first World Press Photo prize in Arts category in 2008. She was also named Photographer of the Year at the SONY World Photography Awards 2008 for her series Sweet Nothings. She has been awarded three times by the National Portrait Gallery in London. Vanessa has been a lecturer and speaker at several photography meetings, workshops and festivals including “Lumix” festival of young photojournalists, “Photo-pub” (Slovenia), “Doku-photo” (Kosovo), “Insight” lectures by British Journal of Photography (London), the British Council (Ukraine). In summer 2009, she taught a brilliant workshop on environment portrait at ISSP in Ludza.

Vanessa Winship is represented by Agence VU in Paris.
http://www.vanessawinship.blogspot.com/

George Georgiou has been a practicing photographer for the last 20 years. For the last decade, he has photographed extensively in the Balkans, Eastern Europe and Turkey, living and working in Serbia, Greece, and for five years in Istanbul. His work is focused on long term projects around identity, urbanization and the space people find themselves in when caught between communities, cultures, or ideologies. His awards include two World Press Photo prizes in 2003 and 2005, a Pictures of the Year International first prize for Istanbul Bombs in 2004 and a Nikon Press Award UK for best photo essay 2000. He has been published in most of the world’s major magazines as Newsweek, Time, Observer, Geo, Die Ziet, Der Spiegal, La Vie, Le Monde, and many more, and exhibited in a number of countries. His book, Fault lines: Turkey East West will be released in April 2010. He has been teaching photography at Barnet College in London, has carried out numerous workshops and portfolio reviews in Ukraine, Greece, Turkey, Cyprus, Serbia, Kosovo, Slovenia and London, and mentored many photographers in the regions he worked.