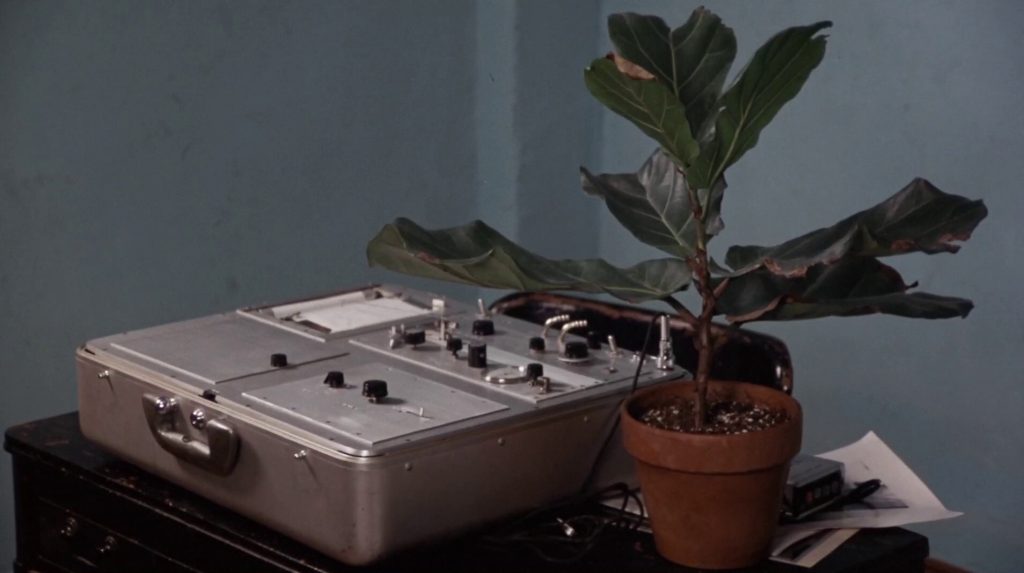 Images 1 of 1
“All flesh is grass” public programme: Online Screening of The Kirlian Witness (aka The Plants are Watching)

The Kirlian Witness (aka The Plants are Watching), Jonathan Sarno, 1978, 73:00, USA Presented with a video introduction by Kier-La Janisse, founder of Miskatonic Institute of Horror Studies.

Available online for one week, view the feature film ‘The Kirlian Witness’ (aka ‘The Plants are Watching’) by Jonathan Sarno, with a video introduction by Kier-La Janisse, founder of Miskatonic Institute of Horror Studies. The film is a key reference to the ‘All Flesh is Grass’ project on view at Kim? Contemporary Art Centre.

Janisse writes of the film: ‘[I]mportantly, The Secret Life of Plants would act as the impetus for what remains the only horror film to foreground plant communication in crime-solving: Jonathan Sarno’s  1978 film The Kirlian Witness – later retitled The Plants are Watching – which is a deliberately paced, ethereal thriller set in a long-vanished version of New York City, with a score by a pre-Friday the 13 th  Harry Manfredini. A woman (Nancy Boykin) who owns a plant shop (in reality Plantworks, in its original location at the corner of Mercer and Waverly in Manhattan) and has an empathic relationship with a plant, is murdered – with only the plant as a witness. Her photographer sister (Nancy Snyder, who was
then part of the Circle Repertory Company run by Lanford Wilson) adopts the plant following her sister’s death, and upon reading the book The Secret Life of Plants, begins investigating her sister’s death through various methods of communication with the plant, including Kirlian photography, ESP, and polygraph indicators.’ – Kier-La Janisse, ‘Murder Season: The Strange World of Vegetal Detecting’, byNWR, Vol. 5, (2019)

Kier-La Janisse (CA) is a film writer and programmer, founder of Spectacular Optical Publications and The Miskatonic Institute of Horror Studies. She has been a programmer for the Alamo Drafthouse Cinema and Fantastic Fest in Austin, Texas, co-founded Montreal microcinema Blue Sunshine, founded the CineMuerte Horror Film Festival (1999-2005) in Vancouver and was the Festival Director of Monster Fest in Melbourne, Australia. She is the author of A Violent Professional: The Films of Luciano Rossi (2007) and House of Psychotic Women: An Autobiographical Topography of Female Neurosis in Horror and Exploitation Films (2012) and co-edited (with Paul Corupe) and published the anthology books KID POWER! (2014), Satanic Panic: Pop-Cultural Paranoia in the 1980s (2015), Lost Girls: The Phantasmagorical Cinema of Jean Rollin (2017) and Yuletide Terror: Christmas Horror on Film and Television (2017).